My thoughts and doubts about  Pay

With that sentence is how Tim Cook opened the presentation of Apple Pay, one of the biggest announcement for me during the keynote. But is it really an entirely new payment process? – I have no doubts they have created a payment process, but is it entirely new like Tim Cook said? I have my doubts but I leave that discussion to focus on what really matter.

After years of rumours since iPhone 4 was about to be announced, Apple has decided to adopt NFC as standard technology for payments. The reason why Apple has adopted NFC looks very clear, nowadays there are POS with NFC technology almost everywhere. In cities like London, after the olympics games, is difficult to find a POS without NFC. However we all know that Apple doesn’t necessarily always follow the standards in their products, that make me think if the path that Apple wanted to follow was more based on Bluetooth than NFC, despite of the fact NFC has been massively adopted for payments.

I’m not in a position to answer that questions but during the previous years, Apple has been promoting iBeacons (based on bluetooth), for proximity location in stores amongst others like AirDrop to share. But one of the keys to success in mobile payments is the speed to do the payment, if it takes longer than a touch with the credit card, the technology won’t be useful.

Apple could make its own POS in order to do payments with others apple devices and avoid dependencies with others big companies, at the end of the day Apple has already our credit cards on iTunes.

I’m not new doing payments using an smartphone with NFC, I’ve done thousands of tests payments meanwhile I was working at Telefonica helping to build the mWallet, more or less two years ago. During that time I could see in place the advantages and disadvantages, security concerns and limitations of the technology.  However why mobile payments hasn’t been massively adopted? – Well, we are moving money and we have many big companies which want their piece of the cake.

Imagine all these companies building its own wallet, most of the time fighting among them instead of doing good agreements. It seem difficult that something like mobile payments can be massively adopted. Google has tried with Google Wallet, I don’t know in US, but in Europe I don’t know anyone using Google Wallet for mobile payments. I honestly thought that Google would make a good progress in that field but I haven’t seen anything more than other wallets done by banks or telecoms. I believe Apple has to be the company which push mobile payments further because I think it’s the one connecting the dots better than anyone else. 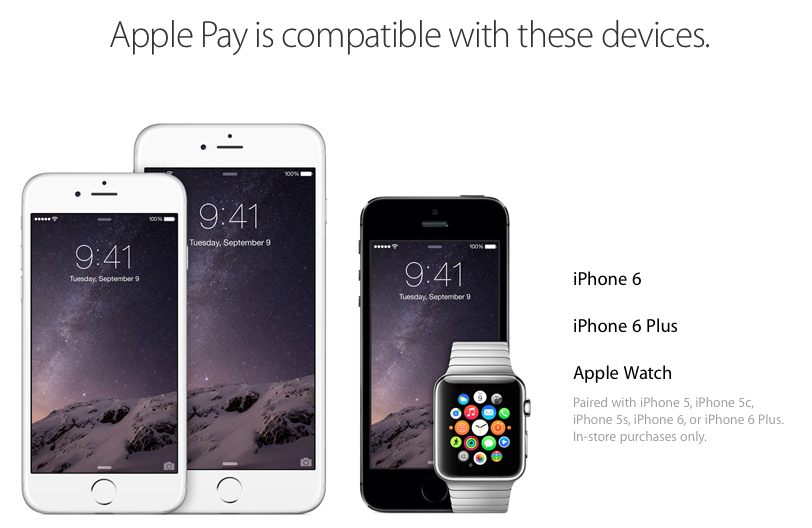 The process to start using Apple Pay is very simple. Taking a photo of your credit card is the first step gather the information and verify your card before to save the details into the Secure Element chip. This chip is a dedicate chip built into the iPhone 6 in order to save your payment information, so far so good, you can have your credit card in your iPhone 6 and we also can do payments using  watch, apparently if it’s paired with at least with an iPhone 5.

The second step of the payment process is the communication between the iPhone and the POS. Apple said in the keynote that each time you pay, you use one time payment number along with a dynamic security code which replace the static secure code (CVV) which is back in your credit card.

It sounds interesting this process which I’m not sure if they are doing Host Card Emulation following the EMV Standards or NFC controller is talking directly to the Secure Element which generate the numbers. Anyway I like very much the idea of your credit card information doesn’t leave from the device as Apple suggests.

Well, until this point more or less everything is looks quite clear from a consumer point of view. However I think Apple didn’t tackle some others important questions about Apple Pay during the keynote. For example:

That drives me to another question, assuming the watch has the Secure Element, how would it be possible to suspend the payments from Find My iPhone? – I hope to know the answer soon, Apple controlling the Hardware and Software I’m pretty sure they can offer a more robust and secure solution than in other platforms, and this can be one of the first key to make Apple Pay success.

From the developer point of view, I haven’t seen any sign of NFC Api which let us play with the capabilities of the iPhone, the only thing I’ve seen is PassKit Framework to support payment passes and payment requests.